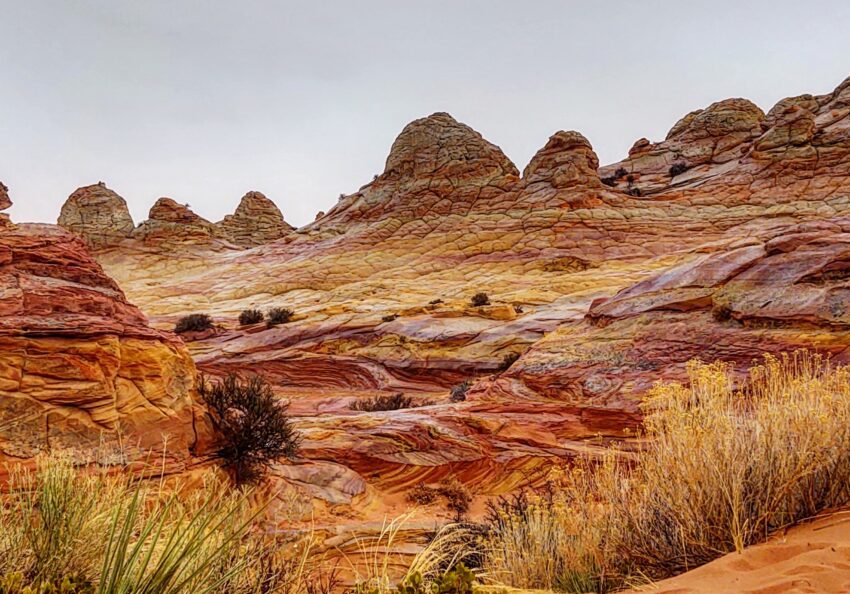 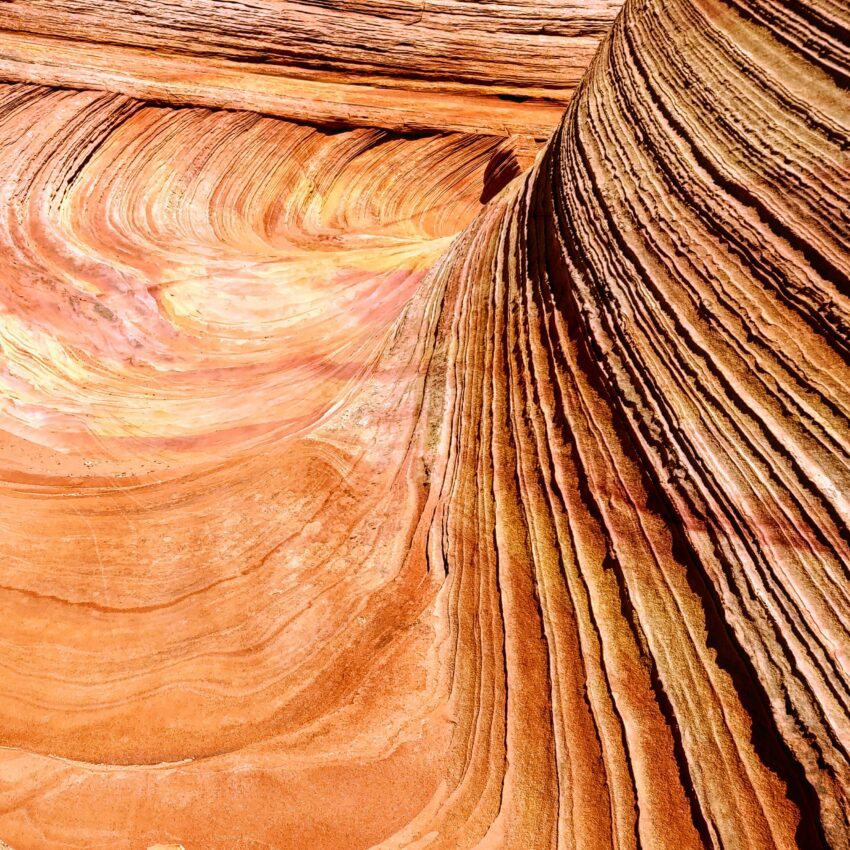 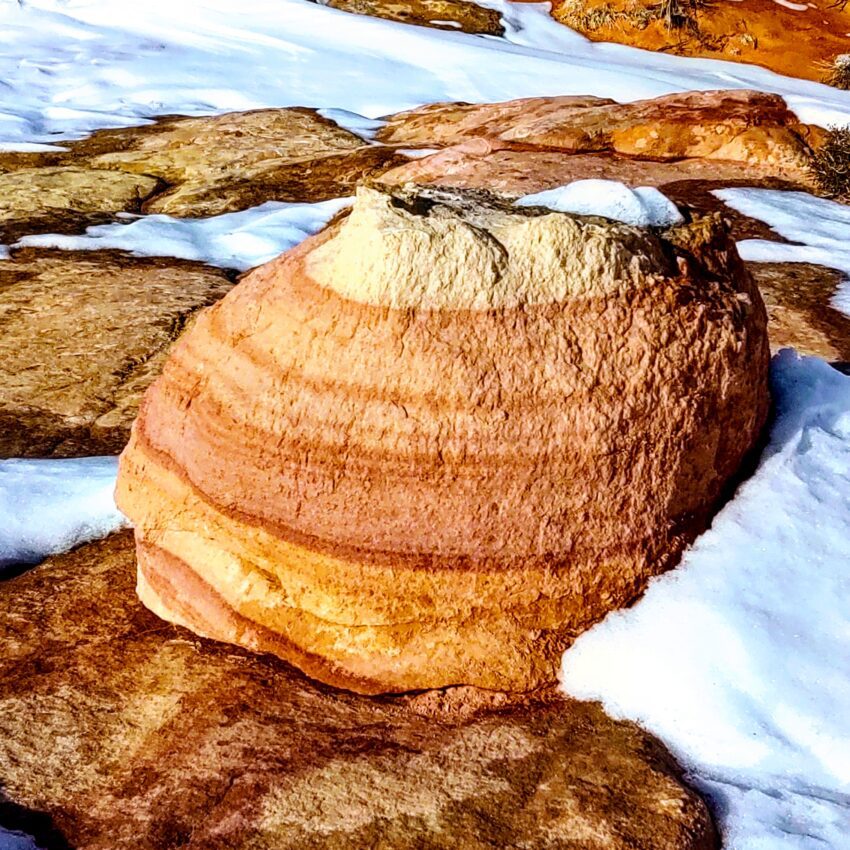 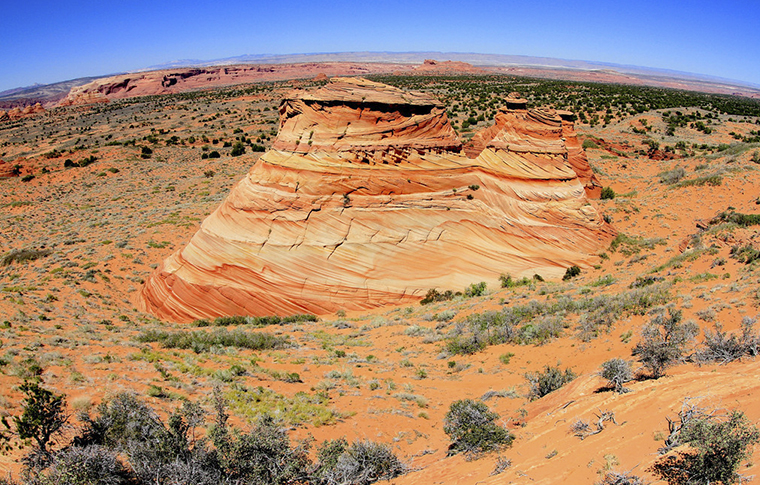 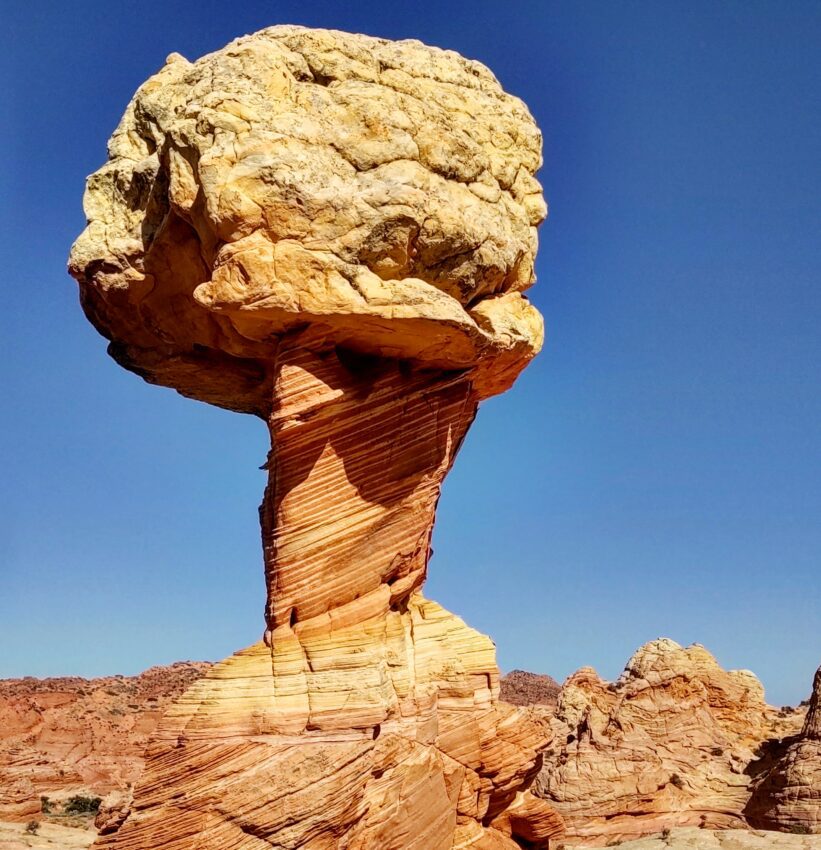 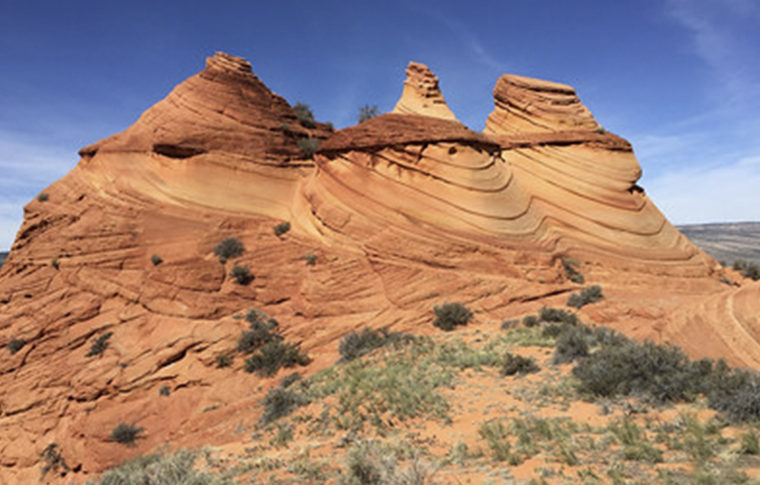 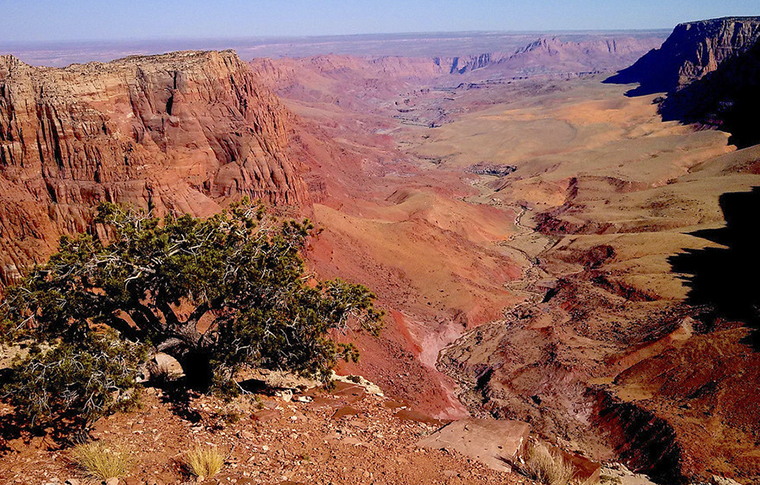 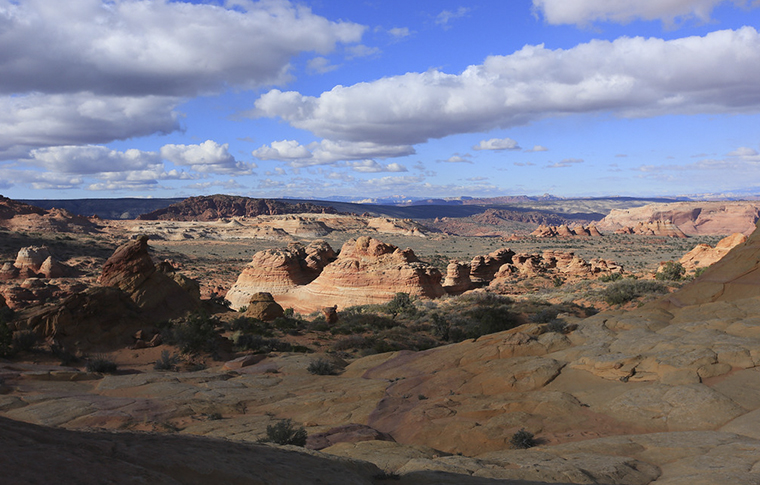 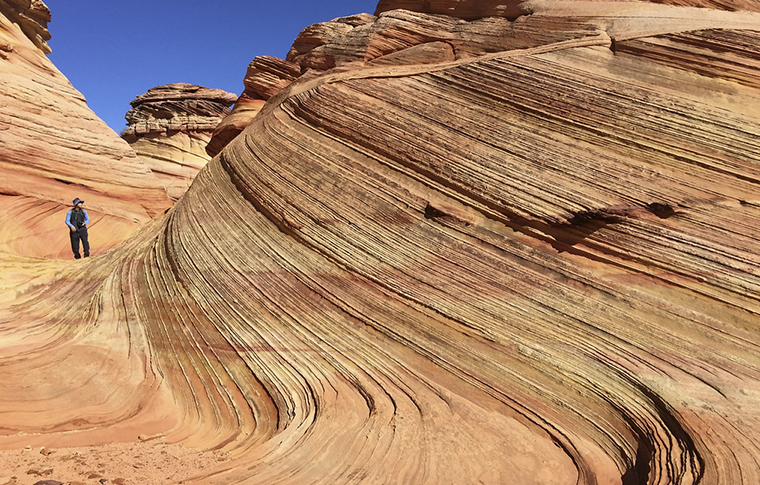 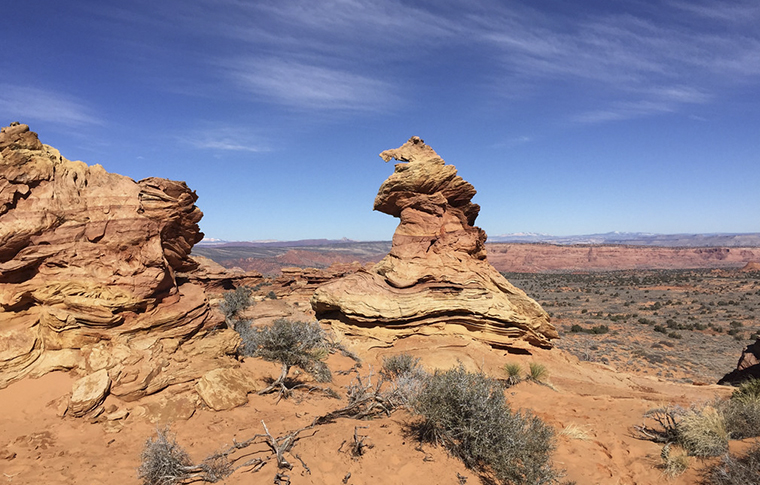 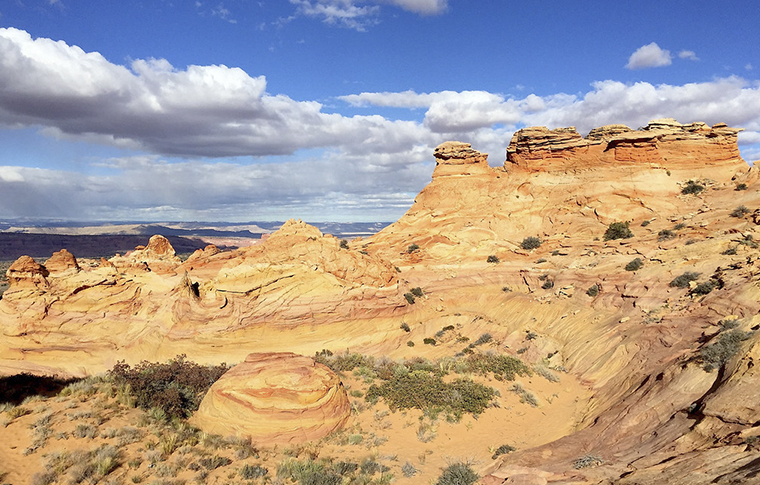 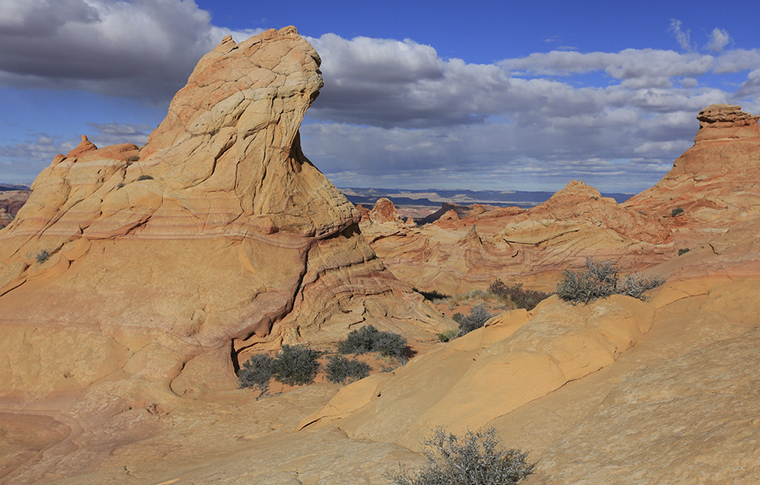 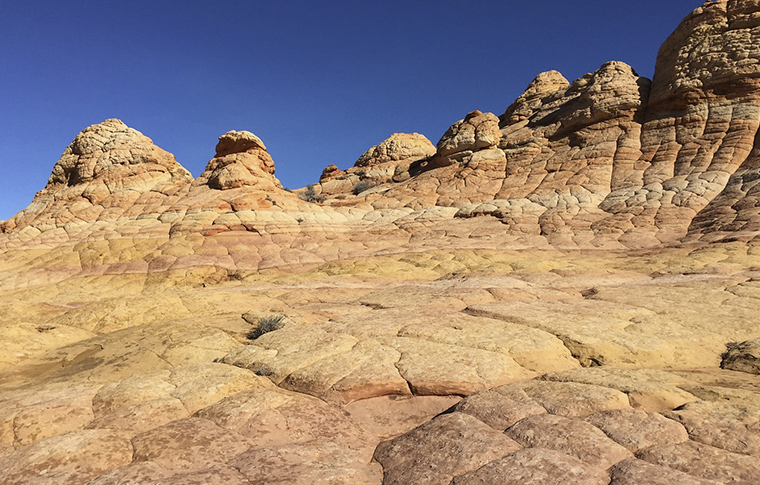 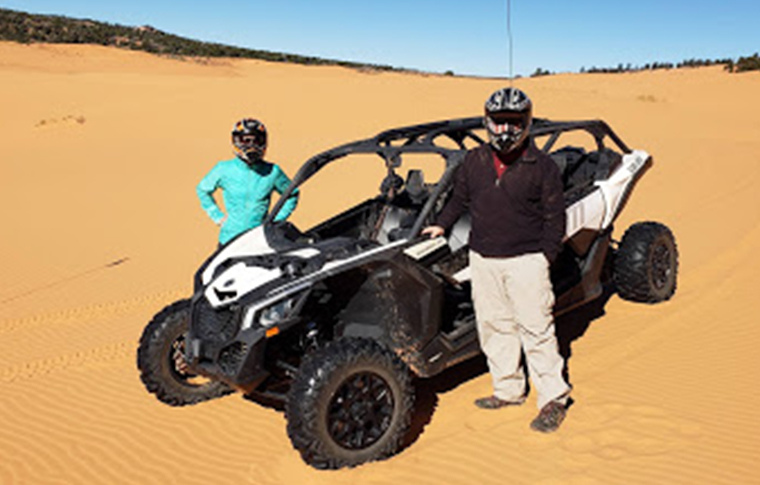 If you’ve been lucky enough to get a permit for the South Coyote Buttes area, it would be our absolute pleasure to show you around! And what better way to do so than with an action-packed ATV tour of this beautiful area! We’ll help you inject a serious dose of fun and adventure into your day while showing you all the must-see features of the area, and happily share our local knowledge with you as we explore this unforgettable area together, in the best way possible!

Explore a special, protected area with a passionate guide, in a unique way!

Inject some fun and adventure into your tour with the ATV experience.

Indulge yourself in a photographer’s paradise.

• All prices are subject to Utah Sales Tax (8.20%)
• Select the “ride-along” option at the time of booking if you’d prefer your guide to do the driving.

• If you are in Kanab, Utah, please meet us at our office (681 Chinle Drive, Kanab, Utah 84741)
• If you’re coming from Page, Arizona we can meet you at a point approximately halfway between Page and Kanab.
• Your guide will meet you and transport you, along with the ATVs, to the tour departure point.

• Your Permit! You will not be granted access if you forget to bring it.
• A gallon of water to maintain safe hydration levels and a transportable lunch packed with high energy snacks and a filling sandwich.
• Good quality, comfortable walking shoes with ankle support.
• Sunscreen, hat and sunglasses.
• Your camera.

• Comfortable, closed-toe shoes
• Sunscreen, hat and sunglasses
• Your camera
• Small backpack for personal effects
• A packed lunch with a sandwich and some high energy snacks (you can store it in our cooler)

*You are welcome to store them in our cooler.

• We’ll bring along plenty of iced water but won’t provide lunch or snacks. We recommend that you bring along high energy snacks and a filling sandwich which you can store in our cooler.
• This tour to South Coyote Buttes requires a permit. Read more about permits here, or to apply for one click here.
• You’ll cover about approximately 4 to 5 miles of guided hiking through the South Coyote Buttes area.

• You’ll need to watch a safety video and sign an ATV/OHV waiver or a hiking waiver after booking this tour.
• The ATV machines we use are very safe and easy to use, think of them as small cars!
• You must be able to fasten the seat belt on the machine.
• Children under 5 years old are not allowed on the ATV’s, we have 4×4 Jeep Wranglers for families with youngsters.
• You must be 18 and have a current, valid driver’s license to drive the ATV.
•If you are under 18 years of age, an adult must be present in the vehicle with you.
• The driver must be able to speak and understand English.

Can I make this tour private?

Yes! For an additional cost of $120 you can make this tour private. Just let us know at the time of booking.

How much hiking does this tour include?

This tour contains some hiking through the South Coyote Buttes area. Each of our tours is flexible to the needs and desires of the group; you can choose how much or how little hiking you would like to do.

Are the ATVs safe to drive and can anyone drive them?

The ATV machines are extremely safe to drive and are fully insured, think of them as little cars! Check out our Important Info section for more details on the ATV participation requirements.

How can I get a permit to visit South Coyote Buttes?

You will need to apply online or in person for the chance to gain a permit. Click here to read more on obtaining a permit.

Is this tour suited for you?

This tour is suitable for everyone five years old or older!  We have Jeep 4x4s available for families with little ones. Just take note of the participation requirements for the ATVs and note there is significant hiking involved.

Lunch is not included, please bring along your own packed lunch and we will happily store it for you in our cooler. Note that we will bring along plenty of chilled bottled water.

What happens if my tour is cancelled?

In the extremely rare case of this tour being cancelled, it would be due to unsafe weather conditions. We will work with you to arrange another tour date or offer a full refund. 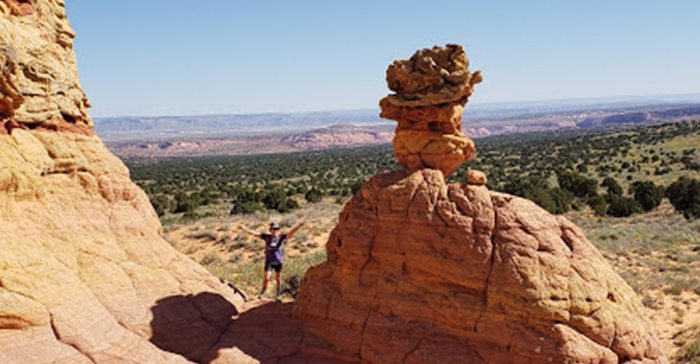 The Southern cousin to The Wave, South Coyote Buttes has a mystique all of its own. Just like North Coyote Buttes, it is protected from high foot traffic, so you’ll need a permit to visit.
Protecting these areas from high visitation ensures the area remains unspoiled and makes for a truly intimate experience as you explore, and offers once in a lifetime photographs without the crowds.

We’ll set off together from Kanab and head for House Valley Rock Road where we’ll get into the ATVs and officially kick off our day’s adventure! Have a blast as you travel in a convoy with your guide, following backcountry sand trails and desert terrain as we progress towards South Coyote Buttes, getting there really is half the fun!

Once you arrive, learn all about the area from your friendly guide and bask in the warm reds, oranges and yellows that paint the surrounding sandstone.
Marvel at the teepee rock formations, some tower over 25 feet tall! Explore other formations like Gumdrop Rock, Radio Tower, Cottonwood Cove, Pawhole and of course the “Mini Wave” which bears a striking a resemblance (albeit on a smaller scale!) to its big brother, The Wave.
When we are through exploring the area, we can get back in the ATVs and enjoy another fun and thrilling ride back to the trailhead, taking in more of those awesome views as we go.
We’ll transport you back to our original meeting point and bid you a fond farewell after a fun, action-packed day together!

The area of South Coyote Buttes is protected by Federal law put in place to respect the structure as well as those who visit it. Therefore, a limited number of permits are issued each day to hikers.

Reservation Fee: A non-refundable $9.00 fee is required for each permit reservation.

Recreation Fee: A non-refundable recreation fee of $5.00 per person and per dog is required. Everyone, regardless of age, must be included in the permit. This includes infants that are not walking. 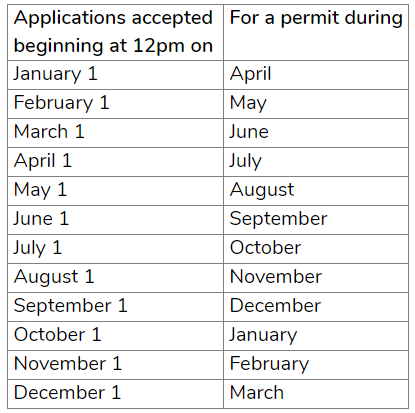 Walk-In Lottery – Day before your Hike

The BLM is still running its daily walk-in lottery for South Coyote Buttes until further notice.  This is a nail-biting event held at the Kanab Center in Kanab. Here crowds from 50-150 people gather every morning during the high season (5 days/week during the slower season) to put their names into the draw for 10 permits.

The room is dead quiet as everyone awaits their fate. Each application is assigned a number, and old-fashioned wooden BINGO balls are placed into a roller cage representing each number. The Bureau of Land Management employee will roll the cage around until a ball drops. They will announce the number, and there will generally be cheers from somewhere in the room.

This tour is worth every cent and if you’re visiting Kanab and winning one of the Coyote Buttes lotteries I would definitely recommend taking a tour at Kanab Tour Company. If you aren’t lucky enough to win the lottery, White Pocket was beautiful as well and is a good alternative. Read More

Three months ago I scored my BLM permit for two people to visit South Coyote Buttes.  As a photographer I wanted to capture images during the “golden hour” immediately after sunrise.  So my brother-in-law (BIL) and I met Nick at 5:30a at the Kanab Tour Company.  My early-bird start presented no problems for office staff.

Several days ago o-dark-thirty we met Nick and immediately got a good vibe from him.  He made sure we had cold-weather/machine gear like buffs and we were off on our big adventure.  During our windshield time Nick was an engaging conversationalist including getting to know our tour preferences, telling us about the area, details about geology, etc.

After a 45 – 60 minute drive from Kanab we arrived at the South Coyote Buttes parking lot and Nick unloaded the two two-person machines.  My BIL drove us to our first stop, Paw Hole.  The machine was an absolute blast – fast, absorbed big bumps like we were riding on pillows, and great traction in the sand.  Fast forward to our departure 6 – 7 hours later and we saw our first people of the day pull up in a rental full-size 4×4 king cab truck.  They said they only slipped once but I wouldn’t have risked getting stuck in our smaller 4×4 rental truck.

The sun was just coming up at Paw Hole and two weeks of rain provided a visually interesting layer of fog (see photo).  I’d suggest making a quick stop at Paw Hole and head to Cottonwood Cove and spend the majority of your time there then return to Paw Hole if time allows.  There’s so much more to see at Cottonwood Cove and Nick knew it like the back of his hand.  He totally accommodated my photography goals and was always one step ahead of me and provided audibles about my next visually-intriguing location.

At one point while he was around a corner he rushed around a big rock and in a hushed tone called my BIL and me over.  We rounded the corner and saw 10 desert bighorn sheep – a large male ram with nine females (see photo).  What an exhilarating experience to capture their images for at least 15 minutes!  I could go on and on about the mini Wave, creek/river bed, etc., but I’ll simply say that Nick is a fantastic tour guide.  He seemed as genuinely amazed and interested by the area as we were.

While driving back to Kanab we asked about where to eat and Nick said Escobars.  He described the owner and food and was 100% correct – we had a five-star meal and service.  So so good!  The only thing I would’ve changed is adding another handful of hours onto our eight-hour tour because I know there were many more things Nick could have shown us.